In late August and early September, puffin chicks, also known as pufflings, begin to think about leaving their nest after being well taken care of by their parents. Late at night, when they start to get hungry and their parents have disappeared, they decide to permanently leave their burrow. Using the moonlight for guidance, they fly off and head towards the ocean. Some pufflings, however, get disorientated by the lights in Vestmannaeyjar and fly towards town. These pufflings need a little assistance.

Luckily, the pufflings have good allies in town. The town is filled with helpful children, eager to rescue the misguided pufflings. The first night the rescued pufflings stay at their rescuers house, safely secure in a cardboard box. The next day, they are brought to Puffling Patrol for processing, where they are weighed, measured and marked.  Then, later that same day, they are brought to the ocean and released to freedom.

Most pufflings can be found around areas that are not too far from the puffin colonies.
There’s a large colony by Heimaklettur, for example, so a lot of them can be found near Eiðið and the harbor. There’s also a colony in Dalfjall, which is in the Herjólfsdalur valley. The pufflings fly to the valley, on to the golf course and just around the west side of the island.

The weather also has a big impact on where they land so if there are strong winds from the north the pufflings can more likely be found higher up in town.

The timing of the pugglings departure from their nest can vary depending on the year. The past few years, the first pufflings have been found in the end of August and the last ones about 4-5 weeks later. Pufflings fledge when it starts to go dark, so most of them are found late in the evening. It’s also possible to find some of them early in the morning.

The pufflings that fly to town can’t make it back to the ocean by themselves.

There are many dangers that lurk upon such small creatures, including dogs, cats and cars. The biggest threat that they face is not being able to find their way back to the ocean and in the end, starvation.

It brings a lot of joy to be able the help those lost little chicks and get them back in to sea.

Go around the main areas, either walking or driving and look for the pufflings. It’s good to have a flashlight to light up dark areas, and look underneath cars and other objects that they might try to hide under.

They have no understanding that they are being rescued so sometimes they need to be chased and it’s very important to be careful not step on them. It’s good to have multiple people to help capture the lost pufflings. Once they are caught, it is important to put them in a cardboard box right away.

Things you need to knew if rescuing pufflings:

•If you are going to search for pufflings, it is important to have a flashlight and a cardboard box. Being rescued is a stressful process. The pufflings need a calm, quiet, and dark place and should be handled as little as possible.
•It’s preferable to have only one puffling per box. They get very stressed if they are in a crowded box and can easily hurt each other.
•It’s also important not to handle the birds very much because they can lose the natural oil in their feathers, which allows them to remain waterproof. Pufflings that are held too much have a very low chance of surviving.
•It’s very important to release the pufflings the day after their found. If they are kept any longer, they get weak and lose weight very quickly.  They get stressed in the foreign environment of the cardboard box and use up a lot of their energy trying to escape. Beware of large holes or openings in the box; the pufflings will try and escape and can easily harm themselves.
•You should not give the pufflings anything to eat during the short time that they are in your custody. Putting food in the box may be damaging to the birds. They can get grease and oil from the food on their feathers.  This may have a serious effect on their ability to remain waterproof.
•Never release pufflings in to the harbor. There is a lot of ship oil on the surface of the water and they can get easily oiled, which, unfortunately becomes a death sentence unless they are rescued and brought to the Puffling Patrol.

we are RESCUING the pufflings that fly in to town, doing everything we can to get them safely back to the ocean

that pufflings are neither toys nor pets.

Höfðavík, the local sandy beach, is a very popular destination to go and release the pufflings, especially since that area is safe for children. However, seals, gulls and great skuas lurk nearby and wait for the pufflings. It is good to have other areas in mind. Hamarinn and Stórhöfði are good areas, on the cliff edge, where the pufflings get more distance and can fly further away from shore.  Be careful not to go close to the edge.

Most people release pufflings by holding them with both hands and letting the wings free. Then it starts to flap its wings preparing to fly off. The releaser helps the puffling by throwing it up in to the air. This allows the bird to reach good height when flying out to sea. Others throw them like an American football and hold their wings while throwing.

At Stórhöfði, it can also be fun to sit down and set the pufflings on the grass instead of throwing them up in the air. This gives them the option to fledge on their own terms. Some of them fly away instantly but some need a little time to think about what’s about to happen. If they run off into one of the puffin holes, it is ok, they will eventually head out to the ocean.

The children who find the pufflings bring them to Sæheimar, where they are weighed and their wings are measured before they are released. Important information is gained, including the total count of chicks, their body condition and the timing of when they fledge.

The participation amongst locals  has been very good and some families bring pufflings in almost daily. Even though not all the pufflings that are found go through the patrol, it still gives a good indication about the population changes throughout the years.

About a quarter of the pufflings that have been brought into Sæheimar have been marked with a steel ring.  The rings  give a lot of important information and because of the ringing of the local puffins, we know that puffins can live over 40  years old.

We always emphasize the importance that the pufflings are released the day after they are found. But some of them that are brought in are too small or have too much down on them to release them right away. The life expectancy for them at sea is not great if they are released before they get bigger and stronger.

For those small pufflings, there’s a puffling rehabilitation center for them at Sea Life Trust. They get to stay there for a few days, or until they’ve gained weight and lost most of their downy feathers. Then they are ready to head out at sea.

To keep a puffling in captivity is only done in extreme cases where there is absolutely no other option of  returning it to the wild and where it would otherwise not survive on its own.

Every year, there are some pufflings that are brought to Puffling Patrol that are dirty and oiled. They need to be washed, rinsed and rehabilitated before they can be released.

Oiled pufflings that are brought to  Puffling Patrol are processed and cleaned by trained professionals. They are first stabilized, then rinsed with soapy water, containing a special soap that is used specifically for this purpose. After the soapy rinse, they are thoroughly washed, and then dried with heat lamps.

The amount of dirt, oil, or grease in the feathers varies so the extent of the cleaning also varies. Most of the time one rinse is enough.  Before the pufflings get permission for their departure, they are tested to see if they are completely waterproof and thus safe to release them back to sea.

It’s always a good feeling to send a puffling back to the ocean, but it’s an extra special victory when we can successfully release a previously oiled bird that has been cleaned! 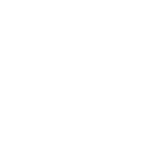